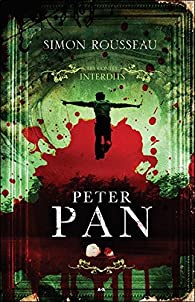 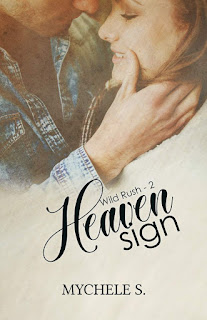 Give up the ghost by Jenn Burke 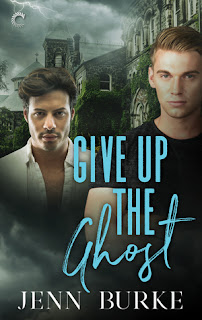 
The bigger they are, the harder they maul.

Immortal not-ghost Wes Cooper and his vampire partner, Hudson Rojas, have it all—rewarding private investigation work, great friends and, most important, a love that’s endured. But ever since Wes sent a demon screaming back to the beyond, his abilities have grown overpowering and overwhelming. He’s hiding the fact that he’s losing control the best he can, but it’s hard to keep anything a secret for long when your partner’s a former cop…and especially when your partner’s a former cop who wants to move in together.

When all hell literally breaks loose in Toronto and superstrength ghosts are unleashed on Wes and his friends, he and Hudson are thrown into a case unlike any they’ve seen before. To save the city, Wes needs to harness his new power…and find some answers. But when he gets them, the solution to fix it all could mean losing everything.

My Review
I liked the first book and before getting further in my TBR pile, I wanted to read this one. For now, the author wrote three books in this series, but I only have the first two. I always think that the second book of a series is the weakest and Not Death Yet still my favorite. Wes is getting stronger and bring more action in the story. It was a most for me that magic is taking more place this time, but there is still missing something to make the characters more likable especially the antagonist.  I had troubles to care about Wes’trouble since he was lying to the love of his life.

We don’t see much romance between Wes and Hudson this time. I accepted it because I thought the paranormal side was more interesting. The world building is awesome, I felt like I was in Toronto with them. I knew that Michael would be back. I thought he was going to be the main antagonist and unfortunately, I was wrong.

I did not get into the story like I was in book 1, but I read it in two days hoping that Wes will tell the truth to Hudson.

If you like paranormal stories, I recommend you this series, but it’s better to start with Book 1 to understand the characters.
- juin 28, 2020 Aucun commentaire: